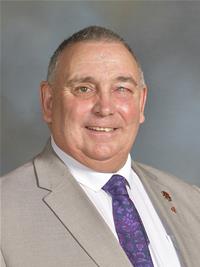 I left Edwin Swale School in Chesterfield with qualifications in English Literature, Biology, Rural Science and Social Studies. Upon leaving school, I went on to become a skills craftsman, after completing a Moulder and Core maker apprenticeship at Staveley Works. I became a foundry pattern shop technician and progressed by undertaking a Bridging Course towards a HNC qualification. I also have a nationally recognised Bronze Medallion as a qualified pool lifeguard.

I was a President for St John’s Ambulance, where I previously volunteered for the charity for over 18 years. During this time I gained a FAW, First Aid at Work Award, which allowed me to treat individuals at local events. I have also undertaken a 7303 teaching qualification which allowed me to become a divisional first aid trainer.

I have a variety of hobbies and interests, including the study of local history in Whittington and the restoration of grandfather clocks, however I am no longer able to actively pursue this due to a deterioration in my health. I also hold a blue belt in Wad?-ry? karate. I previously played the drums in a local band, which released an album in 1980, and this is something that I have continued to hold an interest in ever since.

I became a Councillor as I have a great passion for helping with local community issues, to help improve the area and make it a better place for everyone.